The main feature of the Ngorongoro Conservation Authority is the Ngorongoro Crater, the world's largest inactive, intact and unfilled volcanic caldera. The crater, which formed when a large volcano exploded and collapsed on itself two to three million years ago, is 610 metres (2,000 feet) deep and its floor covers 260 square kilometres (100 square miles). Estimates of the height of the original volcano range from 4,500 to 5,800 metres (14,800 to 19,000 feet) high. The crater floor is 1,800 metres (5,900 feet) above sea level. The crater was voted by Seven Natural Wonders as one of the Seven Natural Wonders of Africa in Arusha, Tanzania in February 2013. The Ngorongoro volcano was active from about 2.45 to 2 million years ago.

The volcanic eruptions like that of Ngorongoro, which resulted in the formation of Ngorongoro Crater in Tanzania, were very common. Similar collapses occurred in the case of Olmoti and Empakaai, but they were much smaller in magnitude and impact. Out of the two recent volcanoes to the northeast of the Empakaai caldera, Kerimasi and Ol Doinyo Lengai, Doinyo Lengai is still active and had major eruptions in 2007 and 2008. Smaller ash eruptions and lava flows continue to slowly fill the current crater. Its name is Maasai language for ‘Mountain of God’

The Munge Stream drains Olmoti Crater to the north, and is the main water source draining into the seasonal salt lake in the center of the crater. This lake is known by two names: Makat as the Maasai called it, meaning salt; and Magadi. The Lerai Stream drains the humid forests to the south of the Crater, and it feeds the Lerai Forest on the crater floor - when there is enough rain, the Lerai drains into Lake Magadi as well. Extraction of water by lodges and Ngorongoro Conservation Area headquarters reduces the amount of water entering Lerai by around 25%.

The other major water source in the crater is the Ngoitokitok Spring, near the eastern crater wall. There is a picnic site here open to tourists and a huge swamp fed by the spring, and the area is inhabited by hippopotamus, elephants, lions and many others. Many other small springs can be found around the crater's floor, and these are important water supplies for the animals and local Maasai, especially during times of drought. Masai were previously permitted to graze their cattle within the crater, but as of 2015 were restricted from doing so.

The Ngorongoro Conservation Area also protects Oldupai or Olduvai Gorges , situated in the plains area. It is considered to be the seat of humanity after the discovery of the earliest known specimens of the human genus, Homo habilis as well as early hominidae, such as Paranthropus boisei. The Olduvai Gorge is a steep-sided ravine in the Great Rift Valley, which stretches along eastern Africa. Olduvai is in the eastern Serengeti Plains in northern Tanzania and is about 50 kilometres (31 mi) long. It lies in the rain shadow of the Ngorongoro highlands and is the driest part of the region. The gorge is named after 'Oldupaai', the Maasai word for the wild sisal plant, Sansevieria ehrenbergii. It is one of the most important prehistoric sites in the world and research there has been instrumental in furthering understanding of early human evolution. Excavation work there was pioneered by Mary and Louis Leakey in the 1950s and is continued today by their family. Some believe that millions of years ago, the site was that of a large lake, the shores of which were covered with successive deposits of volcanic ash. Around 500,000 years ago seismic activity diverted a nearby stream which began to cut down into the sediments, revealing seven main layers in the walls of the gorge.

Although thought of as "a natural enclosure" for a very wide variety of wildlife, 20 percent or more of the wildebeest and half the zebra populations vacate the crater in the wet season, while Cape buffalo (Syncerus caffer) stay; their highest numbers are during the rainy season.

Since 1986, the crater's wildebeest population has fallen from 14,677 to 7,250 (2003-2005). The numbers of eland and Thomson's gazelle also have declined while the buffalo population has increased greatly, probably due to the long prevention of fire which favors high-fibrous grasses over shorter, less fibrous types.

Lake Magadi, a large lake in the southwest of the crater, is often inhabited by thousands of mainly lesser flamingoes.

The crater has one of the densest known population of lions, numbering 62 in 2001. A side effect of the crater being a natural enclosure is that the lion population is significantly inbred. This is due to the very small amount of new bloodlines that enter the local gene pool, as very few migrating male lions enter the crater from the outside. Those who do enter the crater are often prevented from contributing to the gene pool by the crater's male lions, who expel any outside competitors.

Long-term data imply that lions in the crater were struck by four deadly disease outbreaks between 1962 and 2002.Drought in 1961 and rains throughout the 1962 dry season caused a massive build-up of blood-sucking stable flies (Stomoxys calcitrans) by May 1962. They drained blood and caused painful skin sores that became infected; causing lion numbers to crash from 75-100 to 12. The population recovered to around 100 by 1975 and remained stable until 1983, when a persistent decline began. Numbers have generally remained below 60 animals since 1993, reaching a low of 29 in 1998. In 2001, 34 percent of the lion population died between January and April from a combination of tick-borne disease and canine distemper.The lion population is also influenced to some extent by the takeover of prides by incoming males, which typically kill small cubs. The biggest influence, however, appears to be disease, particularly canine distemper. 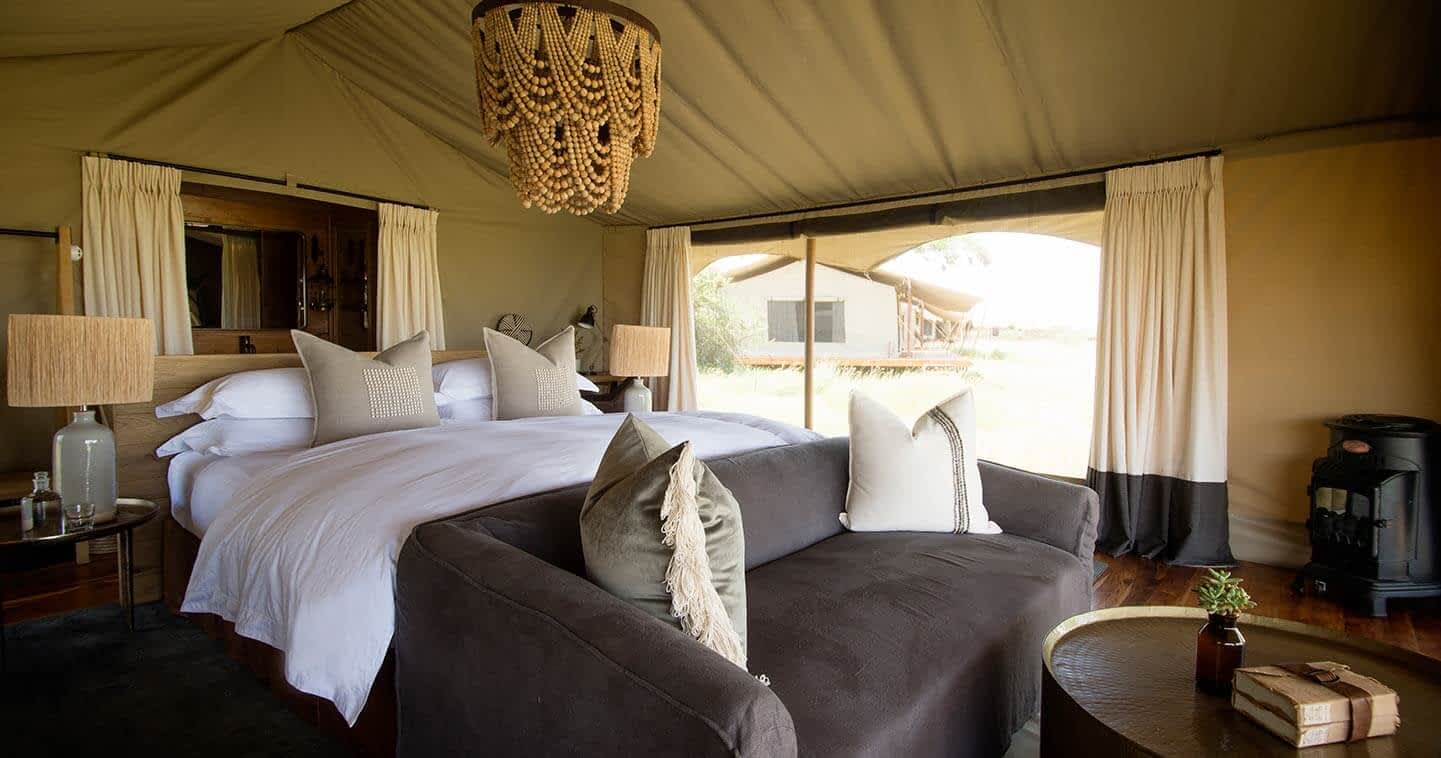 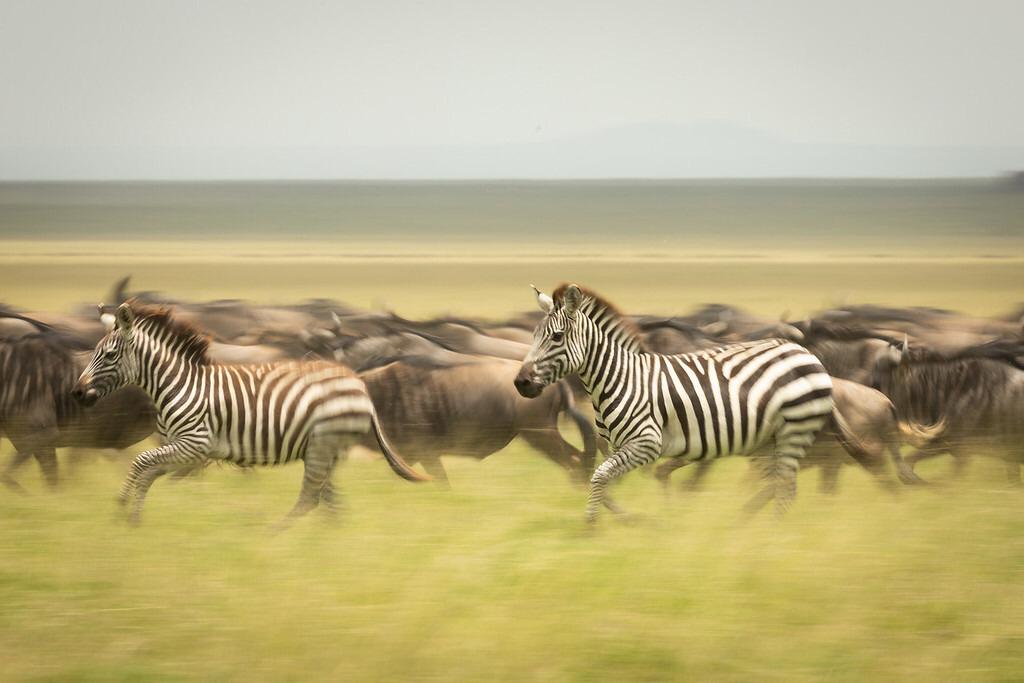