More than 600 different species of birds are found in each park. Some are endemic to specific parks. With different kinds of environments, from the savannas, rivers, lakes, swamps, marshes and forests of these parks, no doubt this is the best home of many species of African birds found nowhere else in the African continent, except only in Tanzania

Enquire about this Itinerary 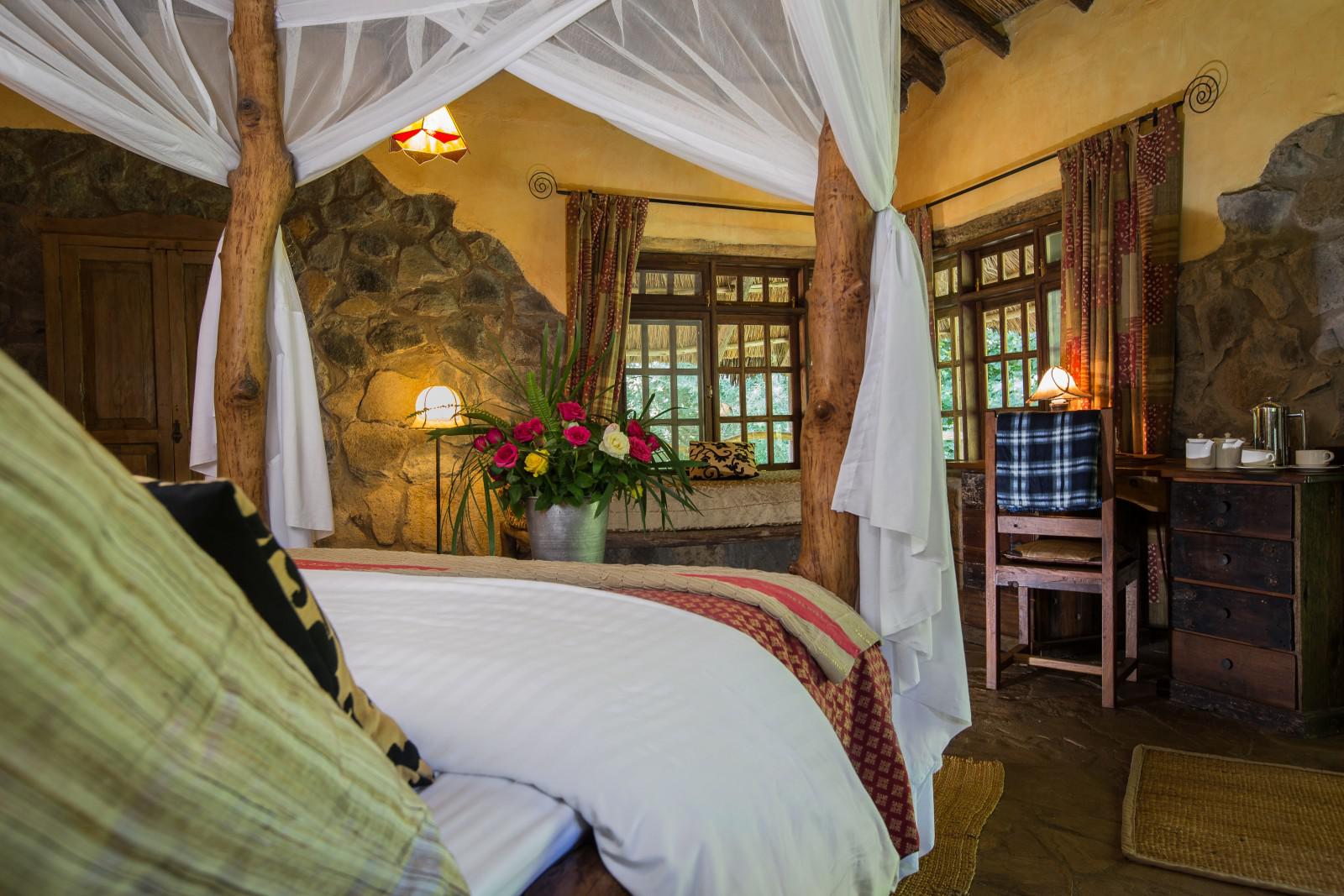 You will arrive at Kilimanjaro airport in Arusha in late evening and undertake a 40-minute drive to our lodge, where we will stay for the first two nights.  Our lodge has a stunning location, surrounded by a garden and the forest, it offers an impressive diversity of birds.  The pathways that wind around the grounds make the most of the river and forest’s natural charm and you will enjoy gourmet country cuisine that the restaurant specializes in.

Our first full day in Tanzania will be spent exploring the Arusha National Park.  Set between the towering peaks of Mount Meru (4,566 m) and Mount Kilimanjaro (5,895m), the park has a varied landscape ranging from the lush swamps and mixed woodlands of the Ngurdoto Crater, soda and fresh water of Momella Lakes, to open savanna. The park is especially noted for the large concentration of unusually tame Masai Giraffes, but the forested rim of the Ngurdoto Crater is a good vantage point to see other mammals grazing on the crater floor, including African Buffaloes, Thompson’s Gazelle, Common Zebra and African Elephants. 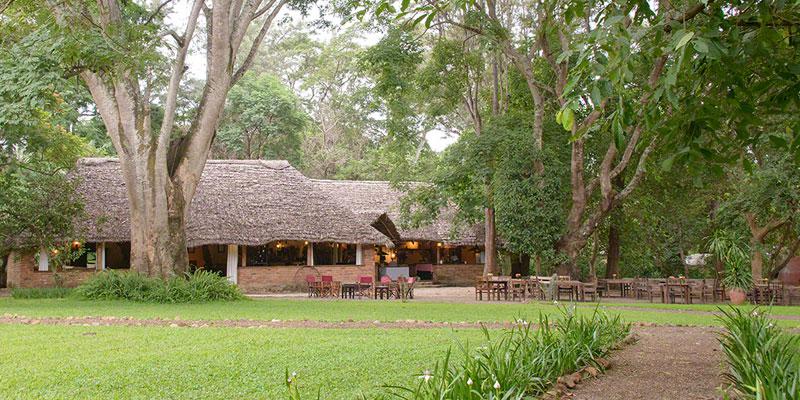 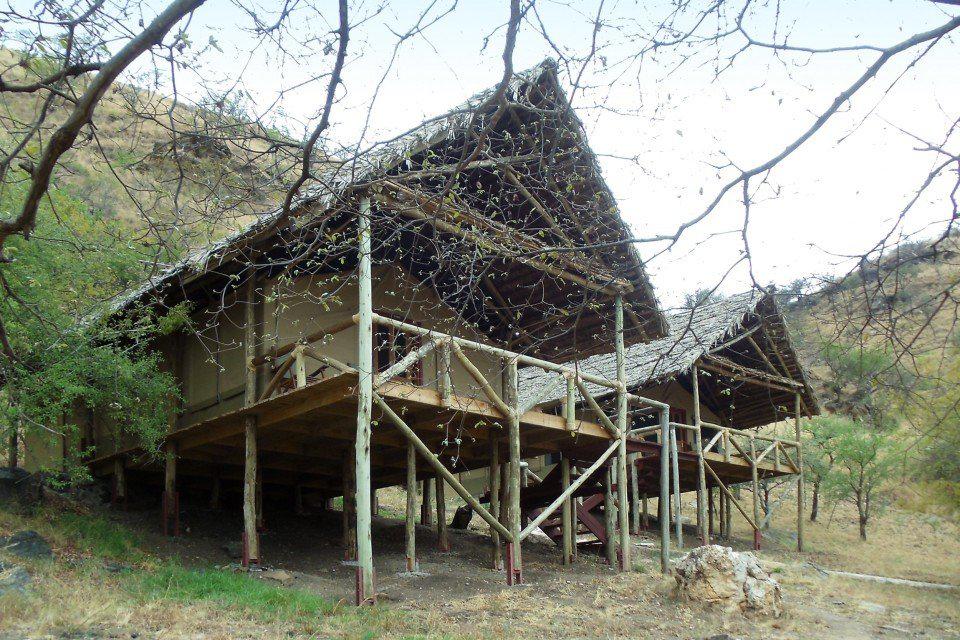 After early morning birding around the camp and breakfast, we will head towards Tarangire National Park, famed for its high concentration of African Elephants, congregating in herds of up to 600 animals.  The landscape is primarily open savanna dotted with Acacia woodland and large Baobab trees, where large numbers of game can be seen.  The park offers superb birding opportunities, with over 550 species of birds recorded, some of which are best seen here, including the African endemic Yellow-collared Lovebird, Red-throated Tit, Northern Pied-Babbler and Ashy Starling.   We will encounter a good diversity of hornbills, woodpeckers, rollers, weavers and pigeons.  The Wahlberg’s, Tawny and Martial Eagles, and Pigmy Falcon are most notable raptors here.

Today, we will travel westwards towards the edge of the Rift Valley, stopping en route at various locations to view the birds and mammals.Our luxurious tented accommodation is located on the shores of Lake Manyara at the border of two national parks: the Manyara and Tarangire National Parks.  We should reach the lodge with plenty of time to relax at the bar, have a swim in a pool or simply admire the surrounding and free roaming animals from private decking, before an al fresco dinner.  Birdlife around the camp is rich and will not disappoint, with most likely species to be seen include Beautiful Sunbird, Southern Red Bishop, Brown-hooded Kingfisher, Rufous-tailed Weaver and Superb Starling. 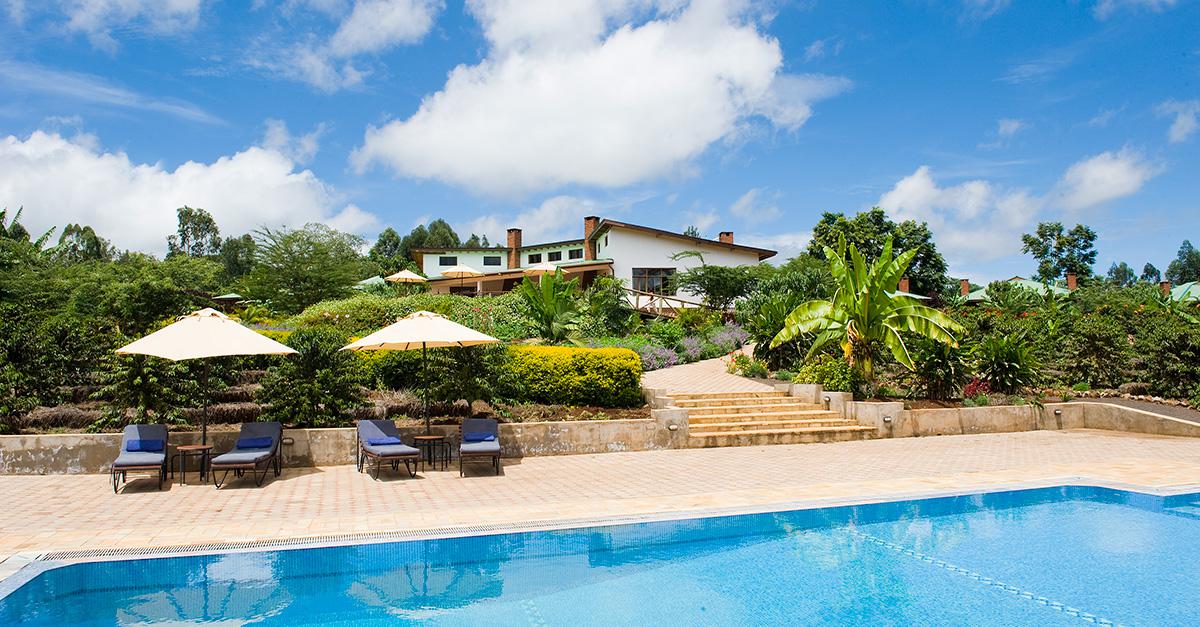 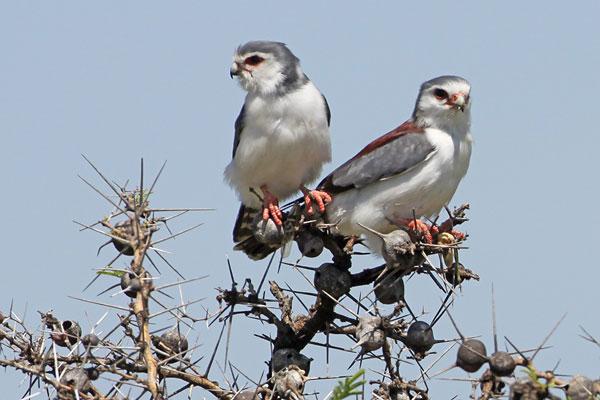 Today, we will travel to the Serengeti-Ngorongoro ecosystem, heading first for the Lake Manyara escarpment.   Manyara National Park nestles beneath the dramatic cliffs of the East African Rift Valley and is perhaps most famous for its large concentrations of Greater and Lesser Flamingos.  African Fish Eagle and Palm Nut Vulture patrol the area here and extensive reed beds, parklands scattered with acacia trees and open grasslands are home to various sunbirds, weavers and bee-eaters.

Later, our scenic journey will take us to the edge of the magical .  We will slowly climb up the forested slopes of the Ngorongoro caldera to reach the rim of the crater, where a spectacular view stretches down to the crater floor dotted with animals.   However, since we will spend the last two days of our tour here, we will press on to reach our lodge at a reasonable hour.

We will spend the day exploring the short-grass plains, open woodland and lakes around Ndutu in the early morning and afternoon, but return to the lodge in the middle of the day for lunch and a siesta.Every year, between January and March, some 1.3 million Blue Wildebeest and thousands of Plains Zebra and Thompson's Gazelles congregate here to give birth, creating one of the greatest world’s wildlife spectacles.  At this time of the year, the majority of the game animals will be tending their newly born youngsters and wandering between the short grass plains of the southern Serengeti and the neighboring Ngorongoro Conservation Area to graze in the best feeding conditions.  We will, therefore, be visiting different parts of the region to track down the migratory herds, which slowly would start moving towards the Central Serengeti. 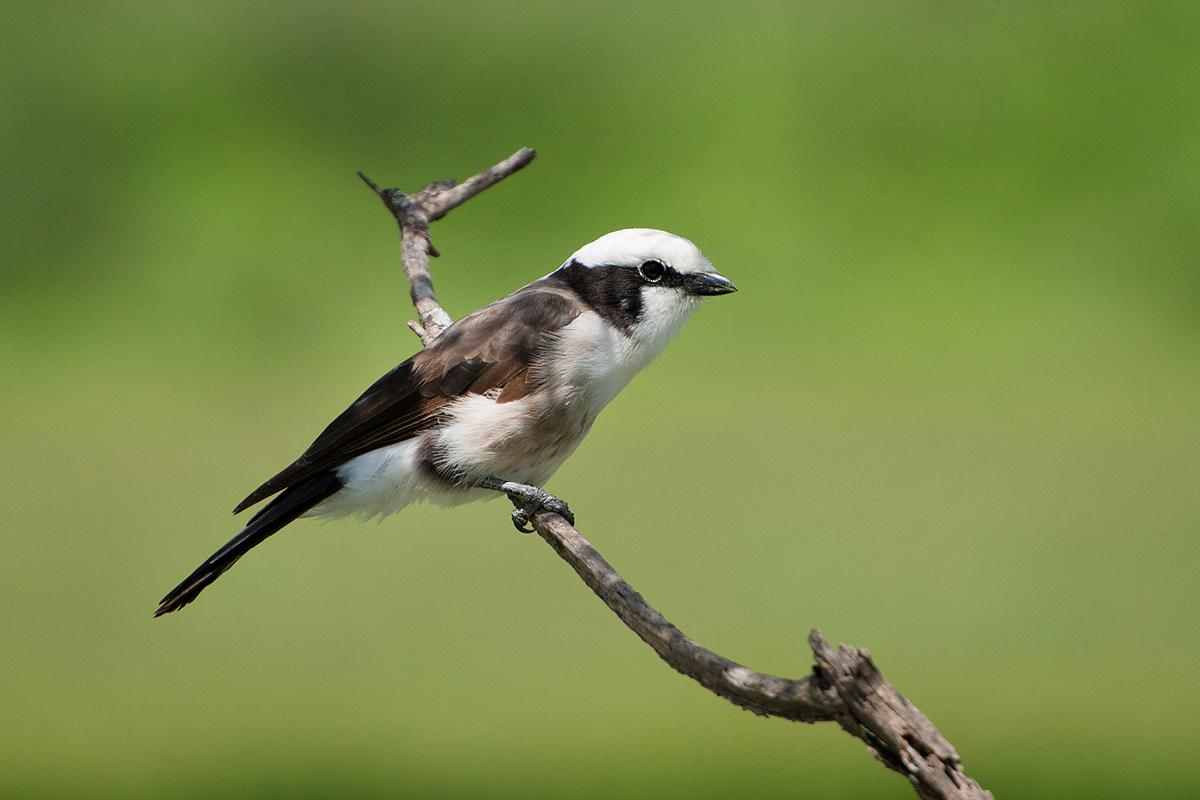 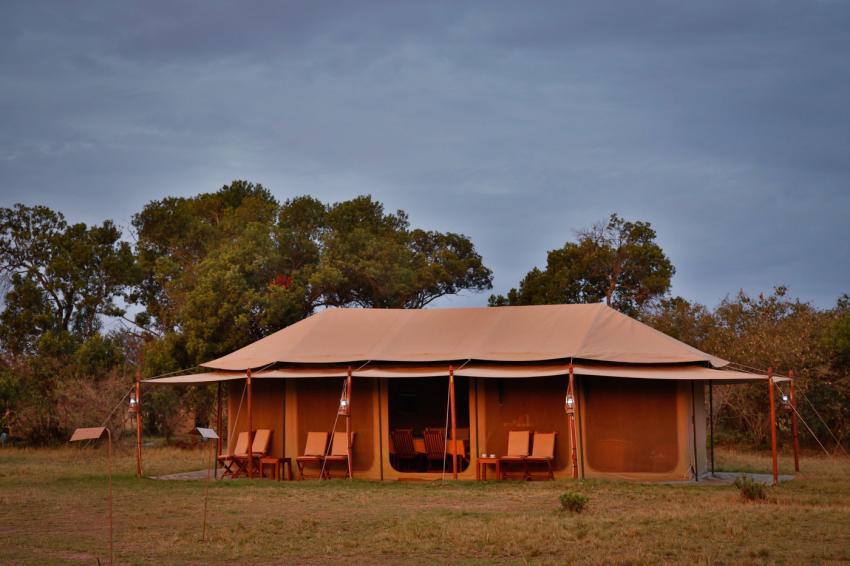 Today, we will travel north to the central Serengeti National Park birding, game viewing and birdwatching along the way.   The landscape will gradually change from open grassland to more heavily wooded areas, offering a much greater diversity of birds.  We will stop at the Naabi Gate, located at a granite kopje, with a spectacular view over the Serengeti National Park.

Our luxurious camp is located on a small hillside in the middle of Serengeti, offering a great view of the African plain.  A short walk will give you personal encounters with Masai Giraffes, Thompson Gazelles and Buffalos.  There is no better way to explore the Serengeti as from this intimate location.

With a wake-up coffee/tea you will be able to sit outside your tent, enjoy the sunrise over the Serengeti and listen to the dawn calls of the African wilderness.  Magic!

We will explore the Central Serengeti today and are likely to see some migrating game, but their exact location can never be predicted.  While Cheetah favours more open areas, the prides of Lions typically lurk around the woodland edges, where we also stand the best chances to see a Leopard.  Spotted Hyenas are common as well as golden and Black-backed Jackals, Servals, Honey Badgers and Bat-eared Foxes.   Birds of prey and vultures abound, with Lappet-faced Vulture and the scarcer Rüppell’s Griffon being possible highlights.fff 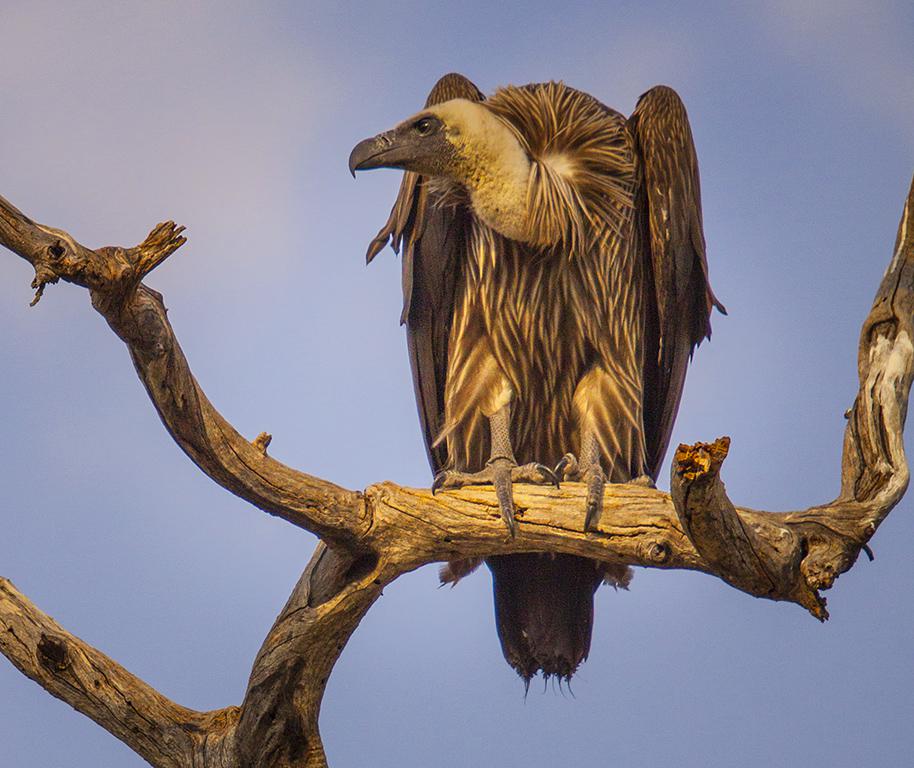 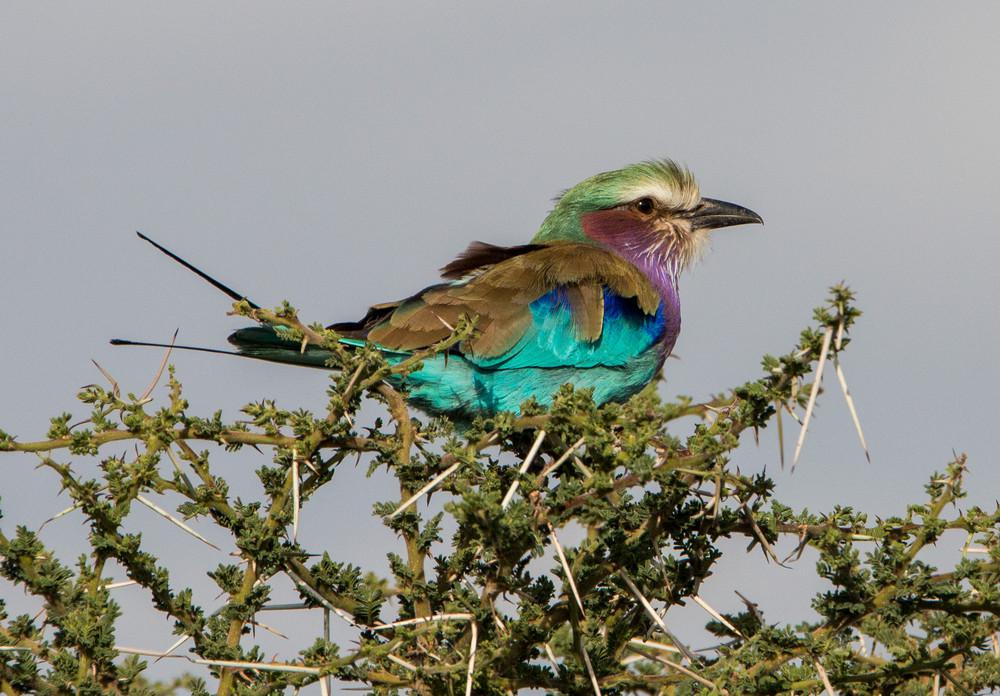 We depart Serengeti National Park this morning and drive to the famous Ngorongoro Crater, our final destination for two nights.  Once again, this is a very scenic journey, which should provide numerous encounters with migrating wildebeests, zebras and gazelles.

The final leg of the journey will take us up the dramatic forest-clad hills of the Crater Highlands.   On reaching the top, we will find once again the most amazing sights of the Ngorongoro crater floor dotted with animals.   The crater’s rim is good for birds, and while we travel around it, we might pick up Schalow’s Turaco, White-eyed Slaty Flycatcher, Jackson’s Widowbird, Cinnamon-chested Bee-eater and Hunter’s Cisticola.

After breakfast, we descend 600m into this magnificent Ngorongoro Crater for a full-day game drive. Supported by a year round water supply and fodder, the Ngorongoro National Park hosts a vast variety of mammals, including Blue Wildebeest, Burchell’s Zebra, Grant’s and Thomson’s Gazelles, Buffalo, Bat-eared Fox, and this is perhaps the best site in Africa to see the endangered Black Rhino

Birdlife abounds here too, with a good range of water birds, including waders, as well as Grey Crowned Crane, large flocks of Abdim's Stork, Grosbeak Weaver, Red-collared Widowbird and thousands of Greater and Lesser Flamingos that line the saline shores of Lake Magadi.  A visit to a Fever Tree forest might bring some new species, such as Grey-capped Warbler, Brown-crowned Tchagra, White-headed Barbet and Holub’s Golden Weaver. 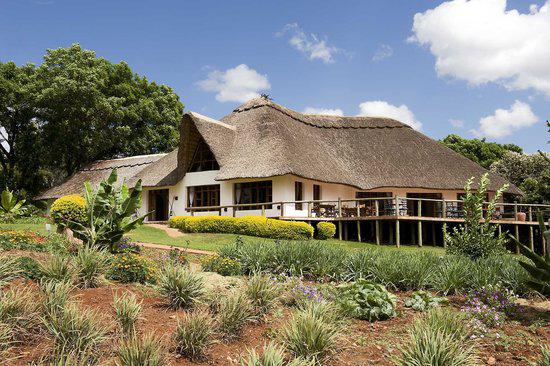 After breakfast and some birdwatching on the lodge’s grounds, we will travel to the Kilimanjaro International Airport in Arusha to catch our plane home.  We will continue birdwatching and mammal watching en route and will break our journey for lunch.

If your flight is not until late at night, we will visit a lodge just beyond Arusha, where you will have the opportunity to refresh, re-pack and have a last evening meal, before heading for the airport.

Want to travel with a group?Click the button to veiw our departing time